The Hottest Real Estate Markets in America, May 2019: Color Us Surprised! 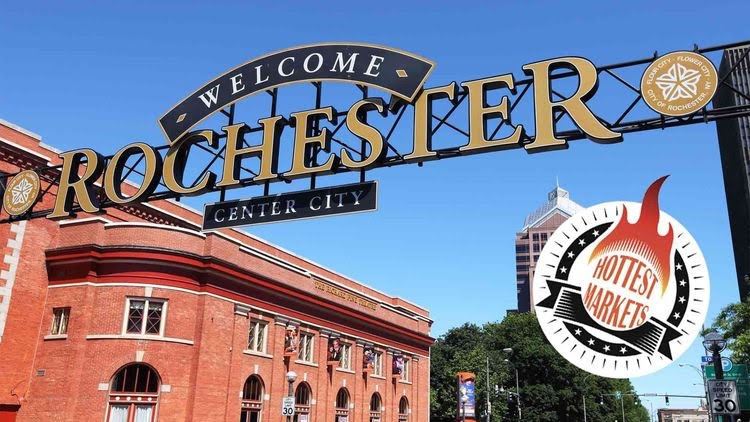 Editors' note: Realtor.com is upgrading its database to a new system that allows for more enhanced listings tracking. The May data contained in this article is a preview of the new database and may be adjusted once the conversion is complete.

As we closed the books on May, even the hottest real estate markets in America were just coasting along, with the typical property selling no faster than at the same time last year. And with buyers on the lookout for affordability, smaller metros in the Midwest and Northeast outshone the more glamorous but high-priced California markets—topped by an unexpected name, an analysis of realtor.com data for the month shows.

“Overall, the slowdown is taking over across the board, and it’s concentrated in the South and West—that’s where the supply has been depleted,” says Javier Vivas, director of economic research for realtor.com.

The Midwest and Northeast are "where the action is concentrated as we go into the summer," he adds.

Rochester, NY, topped realtor.com's list of the hottest markets in America for the first time, propelled by price-conscious buyers of all generations interested in urban living. And why not? Perched on Lake Ontario, the city has its own university, good public schools, and over 12,000 acres of parkland, and it's just a stone's throw away from the wine-growing Finger Lakes region.

“Rochester is a hidden gem, and people are starting to become more aware of it," says Trip Pierson, a broker at Mitchell Pierson Realtors in Pittsford, a suburb of Rochester.

Watch: 5 Cities Where Home Prices Are Still Going (Up) Strong The hottest markets ranking is based on where homes sell the fastest and where there are the most listing views on realtor.com—both a sign of buyer demand. Metro markets often include surrounding smaller towns.

It used to be that homes in Rochester didn't notch dramatic gains or losses in value. But today, sellers who price their homes around appraisal value will reliably get multiple offers over asking price, Pierson says, citing a recent listing of his for $350,000 that had 20 showings in less than a week, and at least two offers.

Rochester's appeal spans generations: Among the buyers competing for the scant supply of homes, Pierson says he sees a lot of older people who are downsizing and millennials who are starting a career or a family. Realtor.com's own research found it to be one of the most attractive markets to Gen X home buyers.

Two markets in Indiana, Fort Wayne and Lafayette, nabbed the second and third spots on our list, respectively. They were among seven Midwestern markets and six Northeast markets represented, the highest count for those regions since realtor.com began tracking its hottest markets in May 2013.

The story in Fort Wayne is fairly similar to that in Rochester, says Steve McMichael, a real estate broker at Re/Max Imagine Real Estate in New Haven, IN, just outside Fort Wayne. That is, there are a lot of buyers—from young millennials to retirees—and not much housing inventory.

“What happens is, a house sells in the first 36 hours on the market and typically a little above list price. Or it tends to linger," McMichael says.

“It’s not uncommon to show up at a house a few hours after it's listed and see multiple Realtors® and their clients at the same house," he adds. In fact, he says, a lot of clients simply decide to build because they can't find what they're looking for.

Check out the rest of the nation's top 20: