"When I come back from visiting Long Island and I see the buildings of Manhattan, I feel secure," said Marcelle Shaoul, 90, who moved from a condo in Manhasset to a rental on the Upper East Side.Credit

Does New York City have a bigger booster than Marcelle Shaoul? This is an easy question: It does not.

She loves listening to the garbage trucks as they make their early morning rounds. She is equally charmed by the other street sounds (horns, car alarms) that serenade her for the rest of the day. She is even delighted — so she says — by the sight of trash piling up curbside. It is just so very New York.

Three years ago, when macular degeneration made driving impossible, Mrs. Shaoul, encouraged by her four children, decided it was time to sell her condo in Manhasset, N.Y., and move to Manhattan.

“But I didn’t want to buy,” said Mrs. Shaoul, now 90, who settled happily in a two-bedroom apartment with a balcony on the Upper East Side. “It was easier to rent.”

She joins a sizable crowd. Of the 30 most populous cities in the United States, New York has the largest share of households of renters age 60 and over — 572,132, to be precise — according to the apartment-search website RENTCafé.

In 2017, renters who were 60 or older made up 27 percent of the city’s rental population, a 20 percent increase over the previous decade, according to RENTCafé’s analysis of American Community Survey data from the United States Census Bureau. And senior renters outnumbered senior homeowners in Manhattan, Brooklyn and the Bronx, as is the case for renters in general. They even outnumbered those in the under-34 demographic, if only by half a percent.

Really, it makes perfect sense. Many young professionals, undone by the high cost of living in New York City, are reverse commuting — moving to glossy new rentals near train stations in the business districts of suburbs — while their parents flock to the city, sign leases, chase down culture and try to solve the mystery that is avocado toast.

The group includes former co-op shareholders who want to cash out and invest the proceeds elsewhere, but who want to remain in the city, at least for a while. It also includes suburban empty nesters who no longer require bonus rooms and backyards, and perhaps more to the point, have had it up to here with shoveling the driveway, mowing the lawn and cajoling the furnace.

If downsizing and reducing aggravation are part of the getting-older game plan, renting an apartment rather than buying fits right in with that strategy. 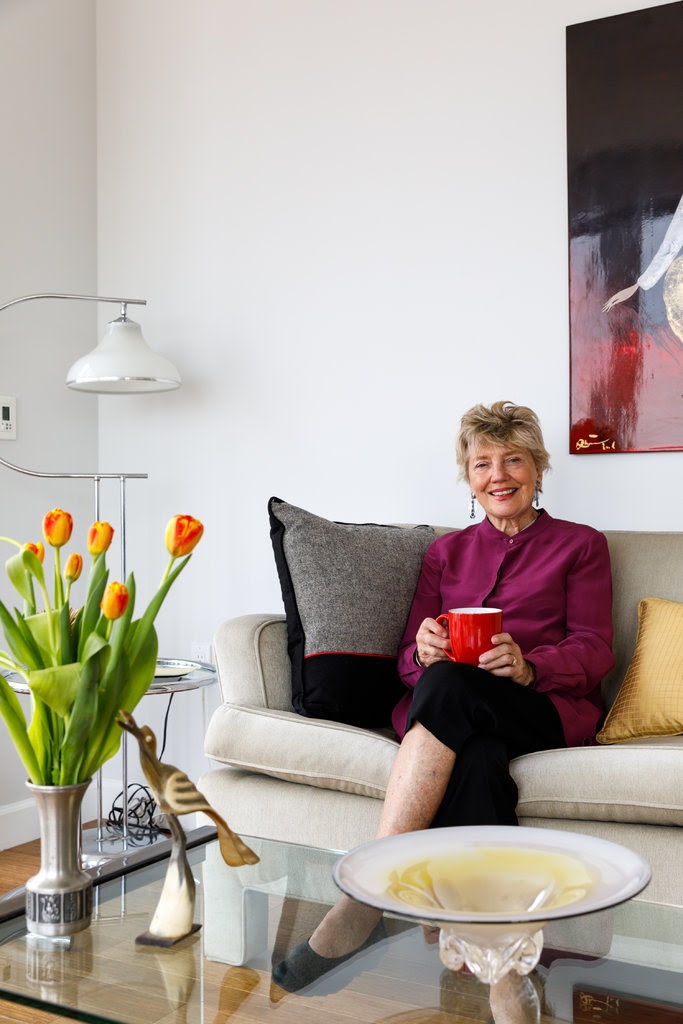 "My husband and I knew the city and liked the city, and we love the freedom and flexibility we have with a rental," said Connie Vance, 79, a professor emeritus of nursing at the College of New Rochelle, who moved from a townhouse in Westchester County to a two-bedroom apartment near Lincoln Center.Credit

“We’re in the middle of a very dynamic setting, which is accessible just by walking out the door,” said Connie Vance, 79. Three years ago, Ms. Vance, a retired nursing professor, sold her Westchester townhouse and moved with her husband, Ralph Kelley, a semiretired lawyer, to the Encore, a rental building in Lincoln Square.

After two years in a one-bedroom, the couple moved a few floors up, to a two-bedroom, a very easy matter because, after all, they were dealing with a rental. The gym, the roof deck, the lobby — all great. “But we don’t have to maintain any of it,” Ms. Vance said. “It’s like living in a hotel.”

In some instances, the adult children of these new older New Yorkers also live in the city, along with the grandchildren. Such is the case with Mrs. Shaoul. Yet another reason to make the move.

“You get to see your children for dinner or just for coffee,” said Gary Malin, the president of the real estate brokerage Citi Habitats. “You don’t have to make elaborate plans to see each other as you would if you were still living in the suburbs. It can be spur of the moment.”

The city, always relatively easy to navigate, always hospitable to people well past the first flush of youth, has become even more so in the past decade, said Kathy Braddock, a managing director at the real estate agency William Raveis NYC. “Before, the outer boroughs were a little isolated,” she said. “But now you have Uber and Lyft.”

Access to the offerings of big-box stores is also no longer the sole province of suburbanites. “With the advent of Amazon, the need to live out of the city for those resources no longer exists,” Ms. Braddock said. “You combine that with advantages like joining a museum here for $100 a year and being invited to special parties for members — and as you get older, you can make do with a smaller place, because New York becomes your playground.”

And in New York, unlike many other cities, there is no wrong-side-of-the-tracks stigma to renting.

In the last five years, Nancy Albertson, the director of leasing for Glenwood, a real estate development and management company, has seen an uptick in over-60 renters at two of its Upper West Side properties, the Encore and Hawthorn Park.

“I’ve had people tell me that living in Manhattan is part of their bucket list,” Ms. Albertson said.

Laurie Zucker, the vice chairman of Manhattan Skyline, a property development and management company, has seen a similar surge of over-60 renters in Skyline buildings like West River House on the Upper West Side, Claridge’s in Midtown West and 55 Thompson in Soho.

“We have people who are renting in certain buildings to be near their kids, who are bringing up their own kids in the city,” Ms. Zucker said. “At 55 Thompson, we’re seeing people in their 60s who are divorced and want to start their lives over in a young, hip neighborhood.”

Renting, as the over-60 demographic clearly understands, can be a synonym for freedom. Someone else has to fix the broken faucet. Someone else has to take out the trash. It’s also a way of dipping your toe in, no commitment. If, after a year, you don’t like the vibe of your building or neighborhood, you can try another part of town on for size, or simply leave town.

Without question, New York is an expensive place to live. But as Mr. Malin observed, “When you look at the costs of owning a home and cars and the cost of insurance, it’s not always as unobtainable as you think.”

For those who wonder how they would deal with tighter quarters, Mr. Malin points to the myriad amenity-rich new-construction rental properties that have sprung up in recent years. Even if the apartments themselves are relatively small, there are lots of other places to perch in many buildings: gyms and on-site theaters, libraries, game rooms and lounges. Some have dining rooms that residents can reserve for large family gatherings.

In 2017, the couple moved to a two-bedroom rental on the Upper West Side, within shouting distance of Lincoln Center — “a wonderful resource,” said Ms. Deam, 65, a homemaker. Their building has a gym and a rooftop terrace, which compensate for the downsizing.

“We were very fortunate to be healthy and fit, and while we had that going for us, we thought it would be a smart thing to move to the city rather than going to a retirement situation in the south,” she said. “It’s been even more fun than I had hoped, and it’s been a constant discovery process.”

Ms. Deam said she thought that she knew the city when she lived in Greenwich. “But it’s different living here and being on the street,” she said. “And it’s so lovely to go to a concert and not edge out while others are applauding and think, ‘Oh, am I going to be able to make the 11:10 train?’”

Even many of those who toy with the idea of buying are holding off because of new and proposed changes to the tax code.

“I have clients in this demographic who are factoring in that they can no longer fully deduct property tax in New York,” said Graig Linn, a salesman at the real estate agency Douglas Elliman. “The result is that, as they’re getting closer to retirement, they’re looking for the simpler style of renting.”

Former co-op owners may find the move to a rental singularly satisfying. No longer are they waking up every morning to ponder — or, more to the point, worry — about what exactly their apartment is worth. No longer are they at the mercy of a capricious board that can reject a prospective buyer, just because.

“I do believe that as we get older, we want to be able to control our assets, and that’s not always possible with a co-op,” said Ms. Braddock, of William Raveis. “If you’ve been in your apartment for a while, the asset has appreciated nicely, so why not stay liquid and rent?”

Janna Raskopf, a saleswoman at Douglas Elliman, has clients who owned a co-op on the Upper East Side, where they had raised a family. “They’ve sold, and now they’re like, ‘We want to rent downtown and see how it goes,’” Ms. Raskopf said. “If they like it, they may buy, but they don’t want to make the commitment without trying it out.”

Among the new wave of renters are former New York City residents who left years ago to raise a family or to follow a spouse, but who always hoped they would come back someday. And someday is now. 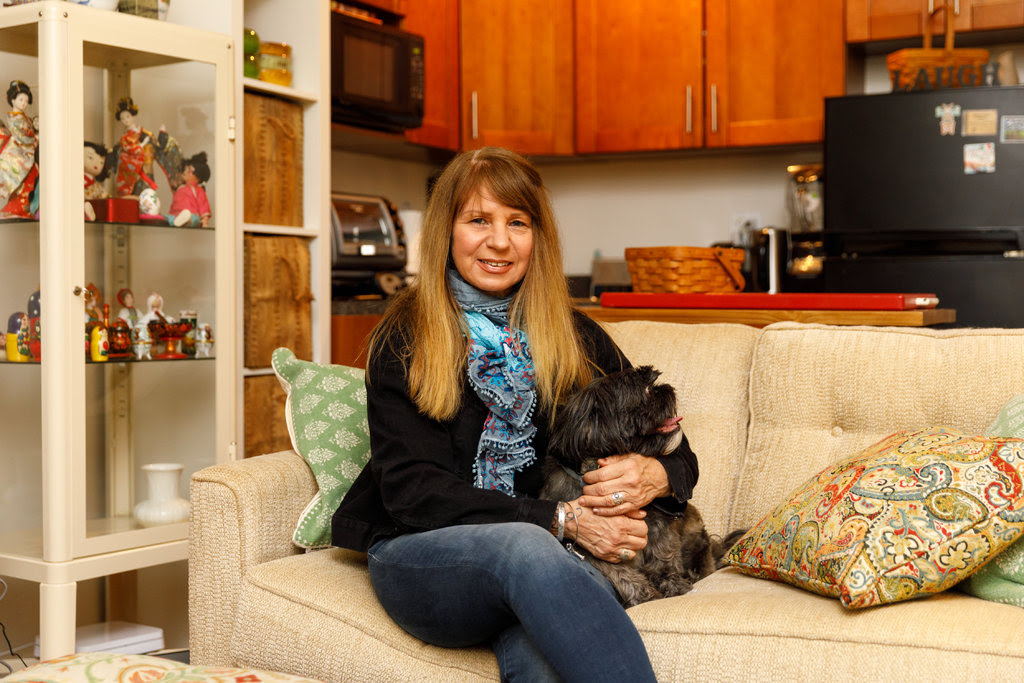 Susan Strein moved to Manhattan from Nassau County at the age of 23 to work as a technician for the WCBS-TV network. She stayed for eight years, until she married and headed back to the suburbs to raise a family.

Along the way, she got a divorce. Now, with two daughters grown up and out of the house, “it was time to downsize,” Ms. Strein, 59, said. “There was too much space and too much upkeep, and I’m a city girl at heart.”

In late March, she signed a lease on a one-bedroom apartment on the second floor of a walk-up building on the Upper West Side, near Fairway, Trader Joe’s and a park.

“I wanted to rent because I was looking for a foot in the door, and I wanted time to figure things out,” said Ms. Strein, who now works in the hospitality business. “I have a one-year lease because I want the flexibility of exploring other options.”

She doesn’t have a washer and dryer, but so what? There’s a drop-off laundry nearby. And her new kitchen is compact. But again, who cares?

“There are a lot of food places around, and I’ll make do or do without. That’s what city people do,” said Ms. Strein, who is selling her car and eagerly anticipating walking everywhere.

“My daughters still live on Long Island. They’re not ready to move here,” she added. “They’re like, ‘Oh, boy, here she goes. Mom is doing it.’”