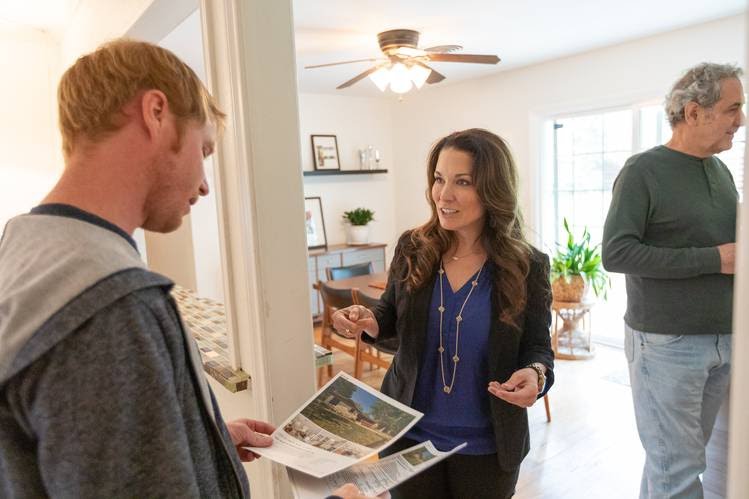 Redfin Agent Yvette Evans, center, talks with a prospective home buyer during an open house in Austin, Texas, on Sunday.

The spring home-buying season is shaping up as the best in years, offering new opportunities after last year’s tough housing market drove away many would-be buyers.

A number of economic factors that slowed sales in 2018 have eased or even reversed in recent weeks. Mortgage rates have been falling, home inventory is rising in many once-tight markets and the pace of home-price growth is slowing.

These more favorable conditions are already bringing price cuts and fewer of the bidding wars that left many buyers empty-handed, recent data show. The housing market had become so skewed toward sellers that many buyers were giving up, causing sales to drop.

Now, a shift toward buyers bodes well for higher sales activity as the crucial spring selling season heats up. About 40% of the year’s sales take place from March through June, making these months pivotal for the housing market each year, according to the National Association of Realtors. 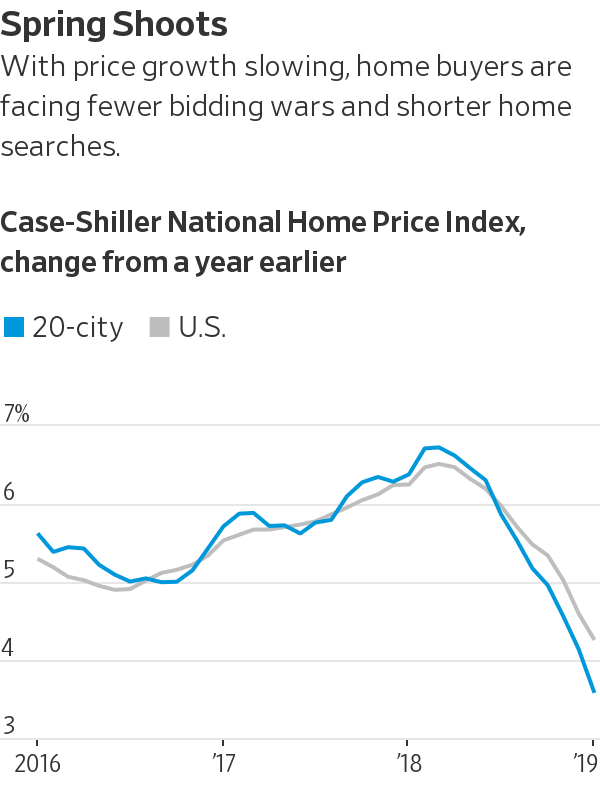 “It’s been a rough go for home buyers since the bottom of the housing market and there are signs we’re entering a period of normalcy,” said Ralph McLaughlin, deputy chief economist at CoreLogic Inc.

Evan Busteed, a 28-year-old attorney in Philadelphia, has been looking for a home off and on for a year and started looking seriously in January. In the trendy Fishtown neighborhood, he found homes that looked overpriced and had sat on the market for weeks. He saw about seven places between January and mid-March that fit his criteria.

Then suddenly, on the first day of spring things shifted. Mr. Busteed saw seven places in one March weekend. 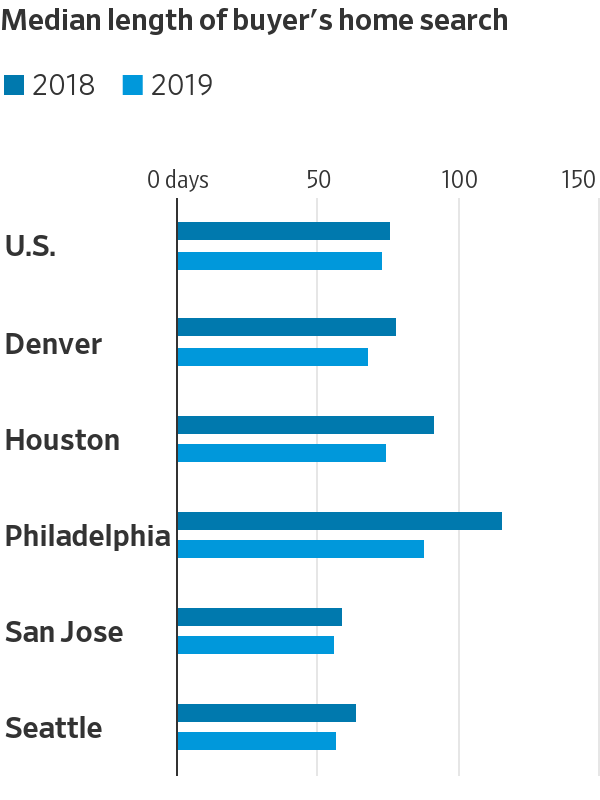 “My phone was exploding with notifications about places going on the market,” he said. “Once I find the right thing and I’m serious about it, if one of these turns into a bidding war where I can’t afford it, it’s not like there’s a lack of inventory.”

Mr. McLaughlin at CoreLogic said conditions could be the most favorable to home buyers since the housing market bottomed in 2012.

The average rate on a 30-year mortgage has fallen to just over 4%, from a high of nearly 5% last fall, after posting its largest one-week decline in a decade, according to data released by Freddie Mac on Thursday. Mortgage brokers and real-estate agents are sending out emails to clients heralding the drop in rates, which could bring even more prospective buyers off the sidelines.

Home-price growth has slowed for 10 consecutive months. Average prices in major U.S. metropolitan areas are now rising about 4% year over year, compared with 6% a year ago, according to the S&P CoreLogic Case-Shiller National Home Price Index.

Scarcity of supply is also easing. The number of houses and apartments for sale has risen 7% from December 2017, when that figure hit its lowest level in more than four years, according to real-estate brokerage Redfin.

A successful spring could support a housing market that declined sharply in the latter half of 2018, despite stronger U.S. economic growth that boosted consumer and business confidence. Now, a rebounding housing market could help ease concerns that economic growth is slowing as job growth has cooled and the stock market has been volatile.

Sarah, 28, and Chris Pascual, 34, check out a bedroom during an open house in the Fishtown neighborhood of Philadelphia on Sunday.PHOTO: MICHELLE GUSTAFSON FOR THE WALL STREET JOURNAL

Still, economists caution that even as activity picks up, a return to a period of booming home sales is unlikely. Nationally home prices have risen more than 50% since the bottom of the market in 2012, according to the S&P CoreLogic Case-Shiller National Home Price Index.

That has made affordability a challenge for many buyers. Home sales tumbled more than 7% in the fourth quarter compared with a year earlier, making 2018 the weakest year since 2015. While inventory is increasing in many markets, it isn’t necessarily because more people are putting homes on the market, economists said. Rather, homes are taking longer to sell.

“All the signs are pointing to the fact that people are just having a harder time selling their homes,” said Issi Romem, chief economist at Trulia.

But that means more-recent buyers are starting to reach deals faster: The time it takes a buyer to find a home is now 73 days, a six-year low, Redfin data show.

The most dramatic turn has been on the West Coast, where price growth has slowed after soaring over the past five years. The rising number of homes on the market has braked that ascent. Inventory in Seattle, for example, doubled in February compared with a year earlier; it was up more than 80% in the San Jose, Calif., metro area, according to Redfin.

Other major markets like Philadelphia also are experiencing a shift to the buyer. Home searches in the city were nearly one month shorter in the three months ended in February this year compared with a year earlier, according to Redfin.

Only 17% of offers written by Redfin agents in Philadelphia faced a bidding war in March 2019, compared with 47% a year earlier.

Townhouses for sale in the Queen Anne neighborhood of Seattle. A combination of lower mortgage rates, a slowdown in the growth of prices and more homes on the market is seen boosting spring sales.PHOTO: CHONA KASINGER/BLOOMBERG NEWS

Pete Rossi, a Redfin agent in the city, said on average his clients are buying homes for about 3% below the listing price, whereas a year ago many were facing bidding wars in which properties usually go for more than the asking price.

“The inventory is going to be the best it’s been in a long time,” he said.

Economists and real-estate agents caution that for those planning to resell a home in a few years, now may still be a risky time to buy given that the market appears to be heading for a longer-term slowdown.

“People know that the seven-year run isn’t going to be here forever,” said Mike McCann, an associate broker at Keller Williams Philly. “It’s a good time to buy as long as long you’re going to stay in the property five-plus years.”

Brought to you by www.AgentbyOffer.com